Where to Elope in Victoria BC

Where to Elope in Victoria BC

Planning a small wedding or elopement in Victoria but not sure where to hold it? We’re sharing our top 20 picks for where to elope in Victoria BC below!

Elopements are some of our favourite weddings to officiate. We love an intimate ceremony where the focus is just on the couple. And with elopements, you often are spoilt for choice when it comes to location. You don’t have to find a space that will hold your hundreds of guests, with lots of parking available, and with room for an archway and DJ table. You can find a place that’s unique and just for you two.

Check out some of our favourite Victoria elopement locations below! Note that not all of these locations are in the city of Victoria but they are close by.

PS: And if you’re getting married in Toronto, Vancouver, Calgary or Seattle, scroll to the bottom for more elopement locations in your city!

“The Abkhazi Garden is an exquisite heritage home and garden located in Victoria, British Columbia, a city known for its wonderful gardens. The Prince and Princess Abkhazi began creating their garden in 1946, the year they married and settled in Victoria.” – Abkhazi Garden 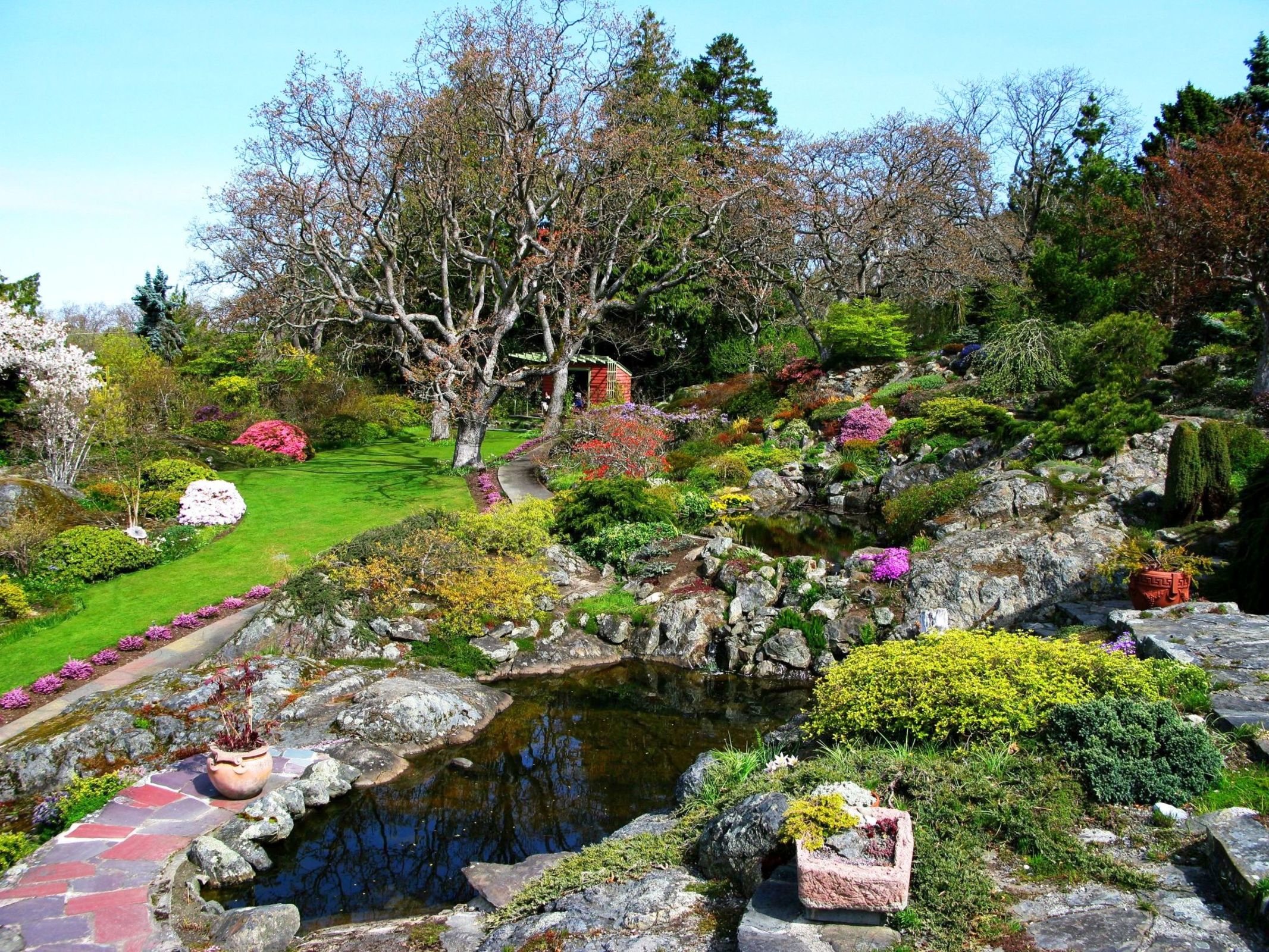 “Clover Point is a popular scenic destination a few minutes walk from downtown Victoria. The views from Clover Point are spectacular and include the Olympic Mountains in Washington State, the Sooke Hills and Mount Baker.” – The Swim Guide 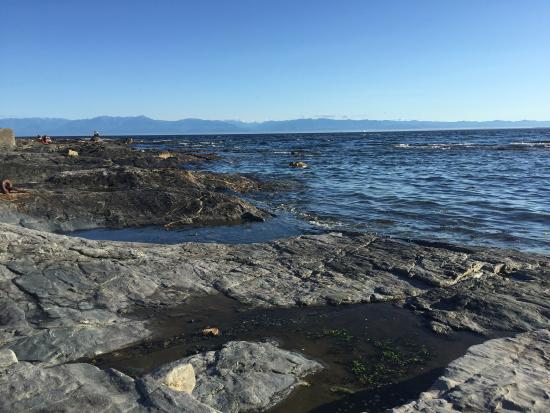 While the Inn at Laurel Point is a very popular venue for larger weddings, it actually works perfect for Victoria elopements as well! You can stay for the night and have your elopement in your hotel room or make use of the beautiful grounds. Check out their wedding packages and learn more! 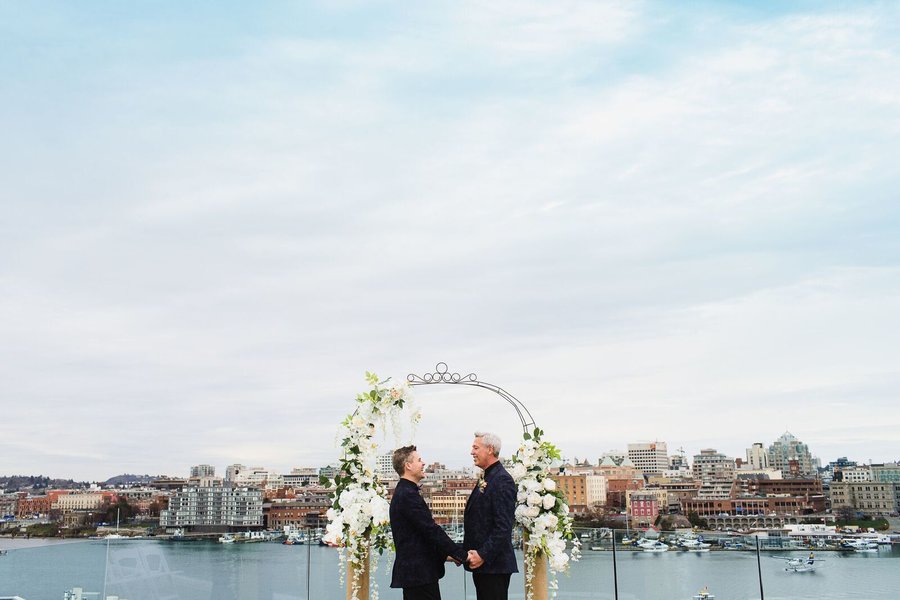 via the Inn at Laurel Point

“Massive trees, majestic waterfalls, a meandering river that meets the sea, flowers, birds and fascinating fish are but a few of the attractions that draw people to Goldstream Provincial Park, a mere 16 km from downtown Victoria on southern Vancouver Island.” – BC Parks

Perched on a bluff overlooking the ocean and the Olympic Mountains, this 28-room boutique hotel has won many awards for its accommodations and dining. They’ve been hosting weddings for over 33 years and have a variety of locations and packages to choose from! 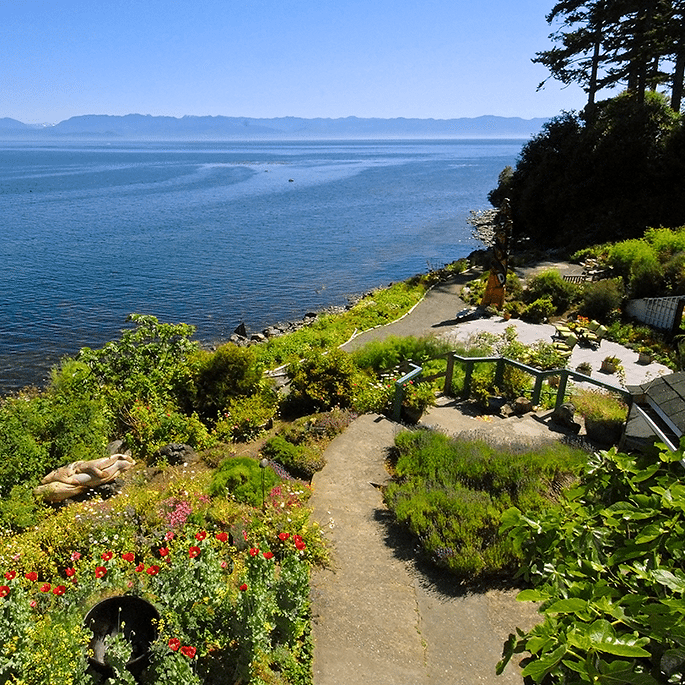 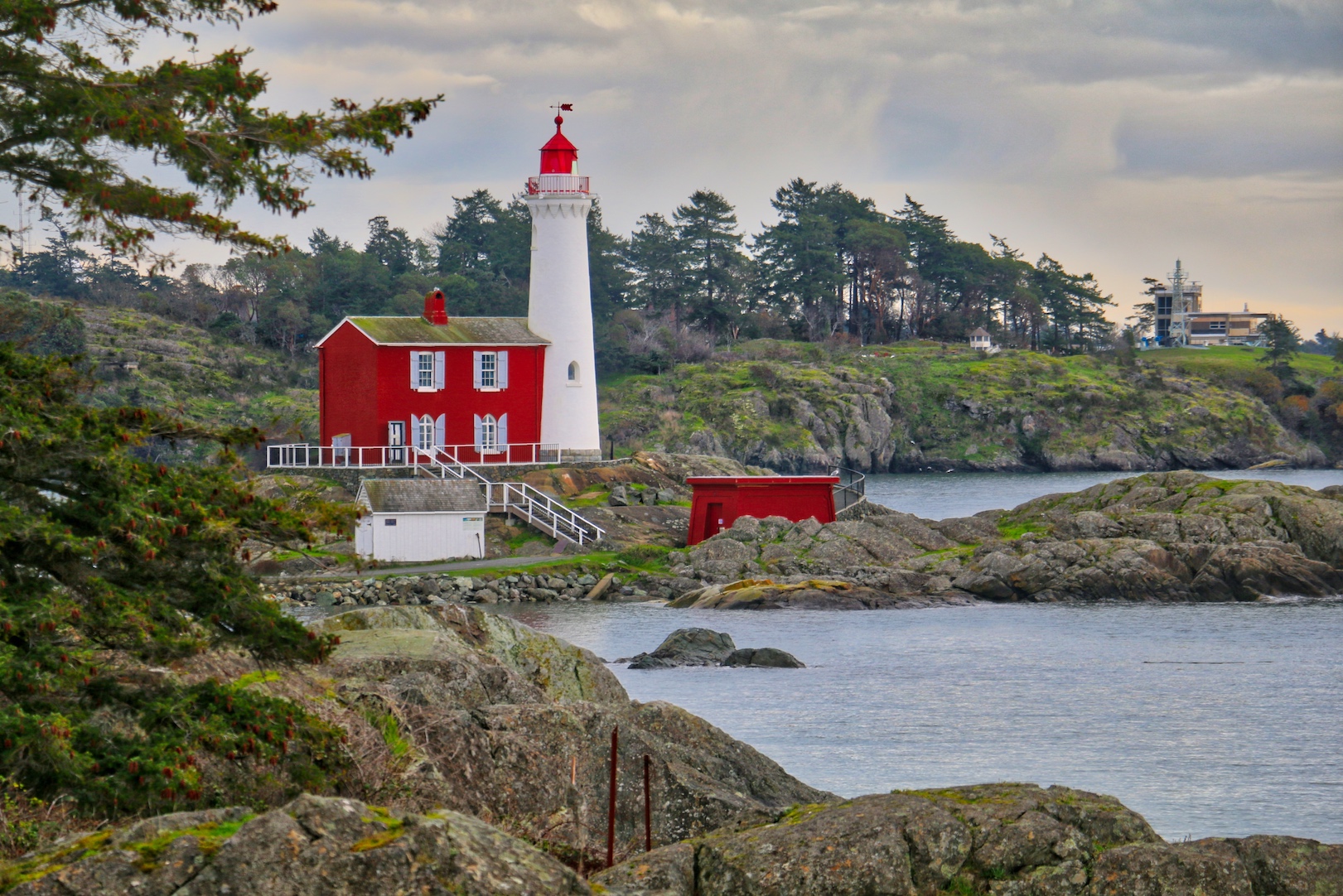 via Visitor in Victoria

“Nestled on the shores of the Pacific Ocean near Victoria, BC – the Oak Bay Beach Hotel is a luxury boutique resort like no other. Our facility overlooks the Juan de Fuca Strait and offers breathtaking ocean views of snow-capped Mount Baker in the distance.” – Oak Bay Beach Hotel 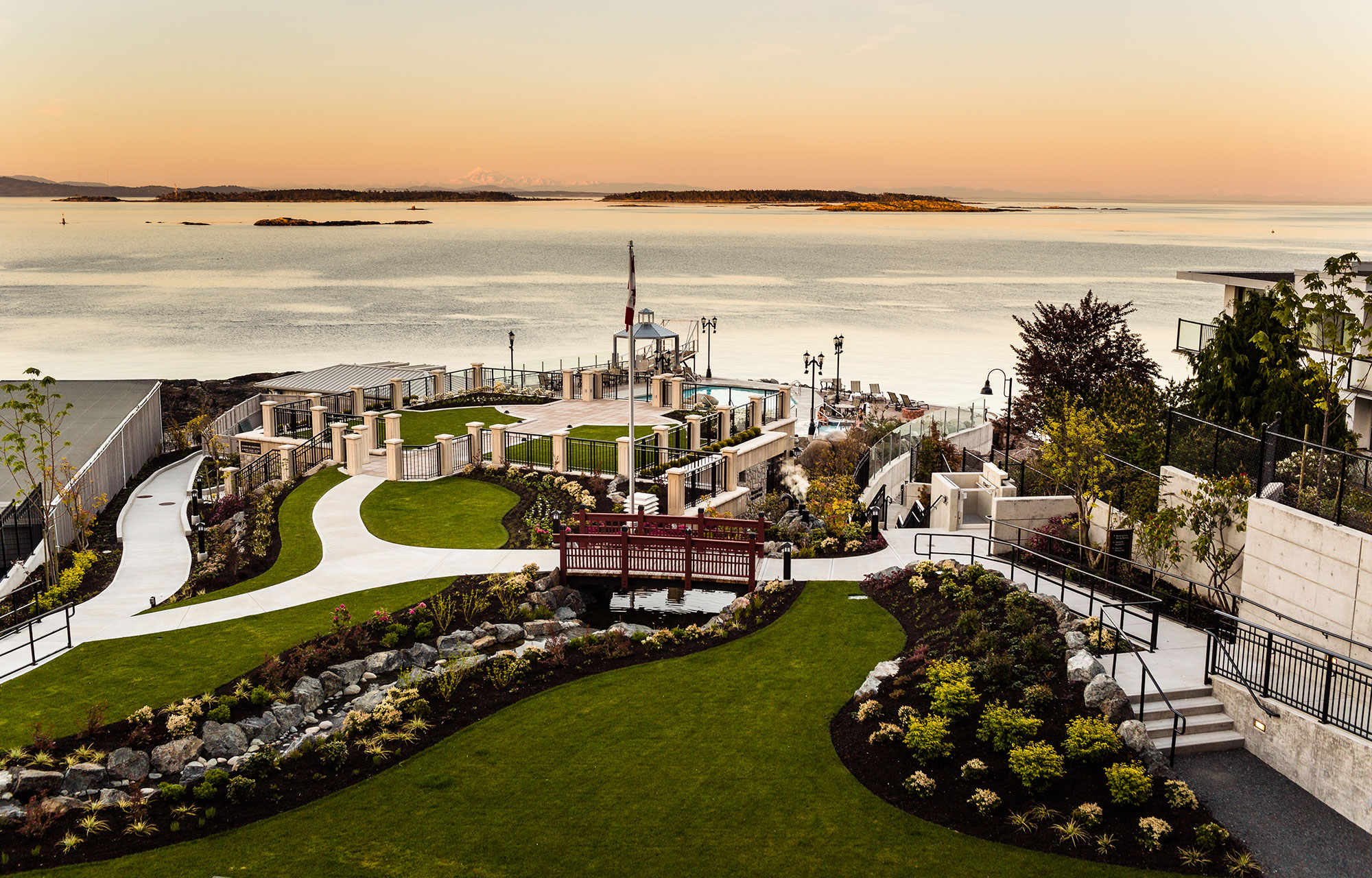 “On June 30, 1956, the Story Pole was erected in Beacon Hill Park. Carved by a team led by Mungo Martin, Kwakiutl tribal chief and renowned carver, the Beacon Hill Park Story Pole stands majestically overlooking the Strait of Juan de Fuca. When installed, it was the world’s tallest free-standing story pole.” – City of Victoria 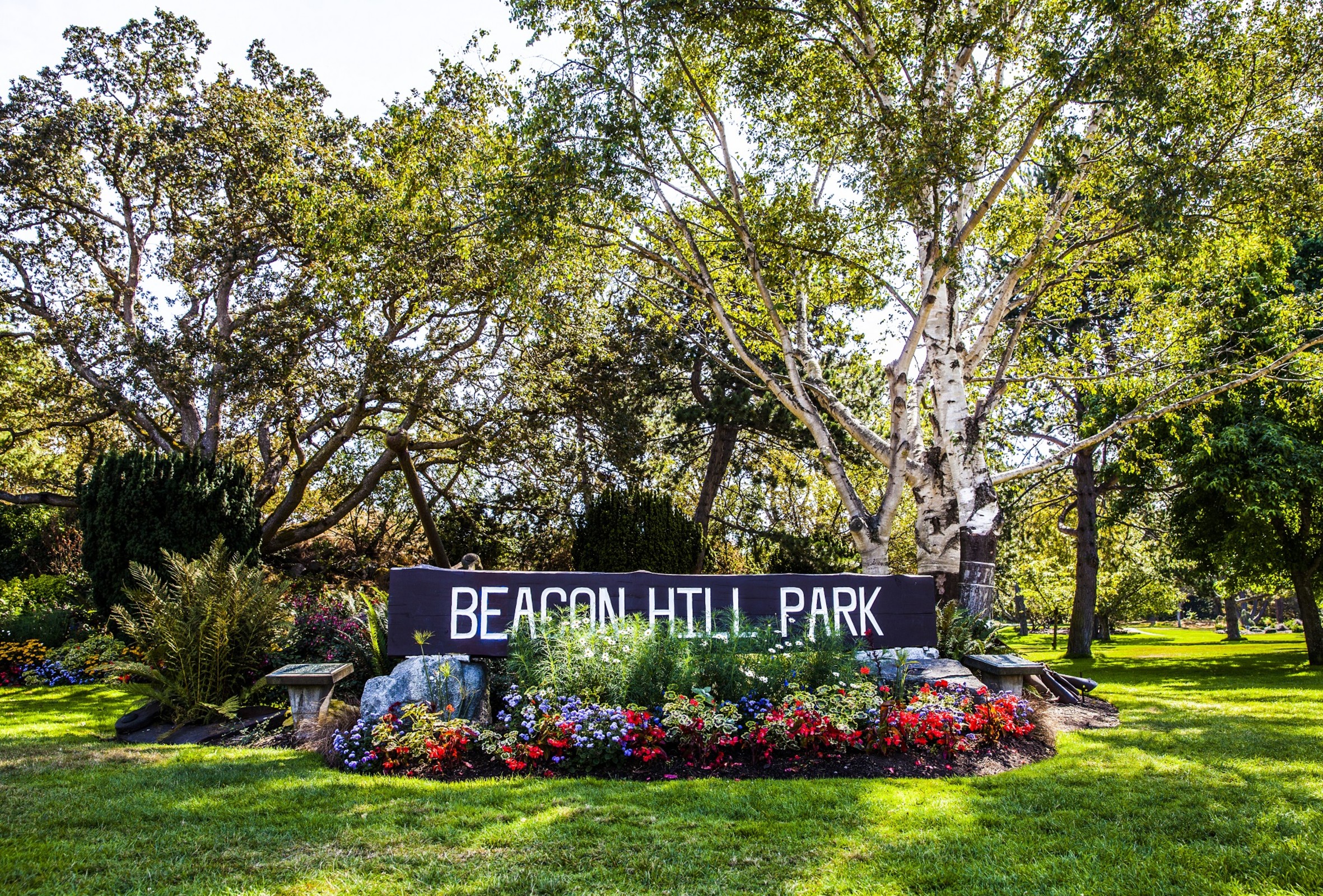 “A fully-restored historic mansion dating from 1885. A few of our many features are 13-foot ceilings, period furniture and antiques. There are cosy fireplaces in most rooms. In the parlour we serve a full breakfast on antique crystal and china.” – Amethyst Inn 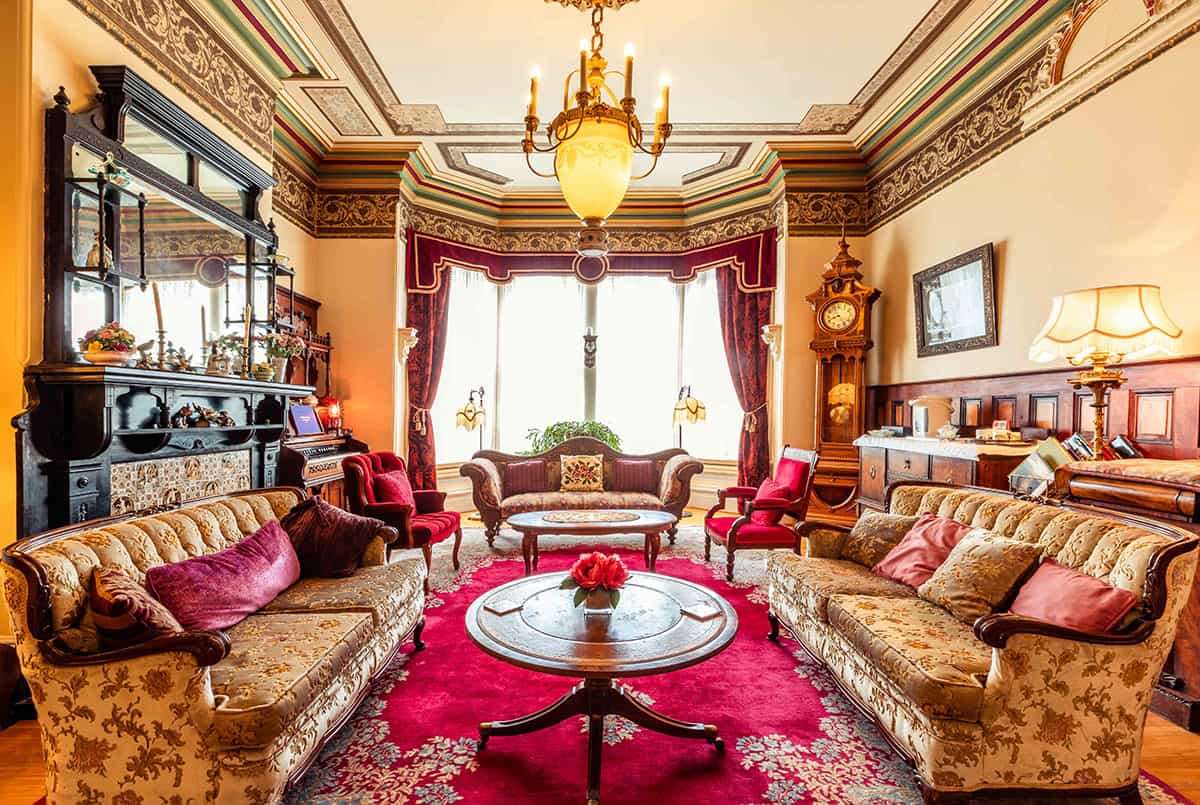 “The unique Cadboro-Gyro Park has a large waterfront that attracts residents throughout the region. Enjoy the beautiful view of Cadboro Bay, Strait of Juan de Fuca and the Olympic Mountains.” – District of Saanich 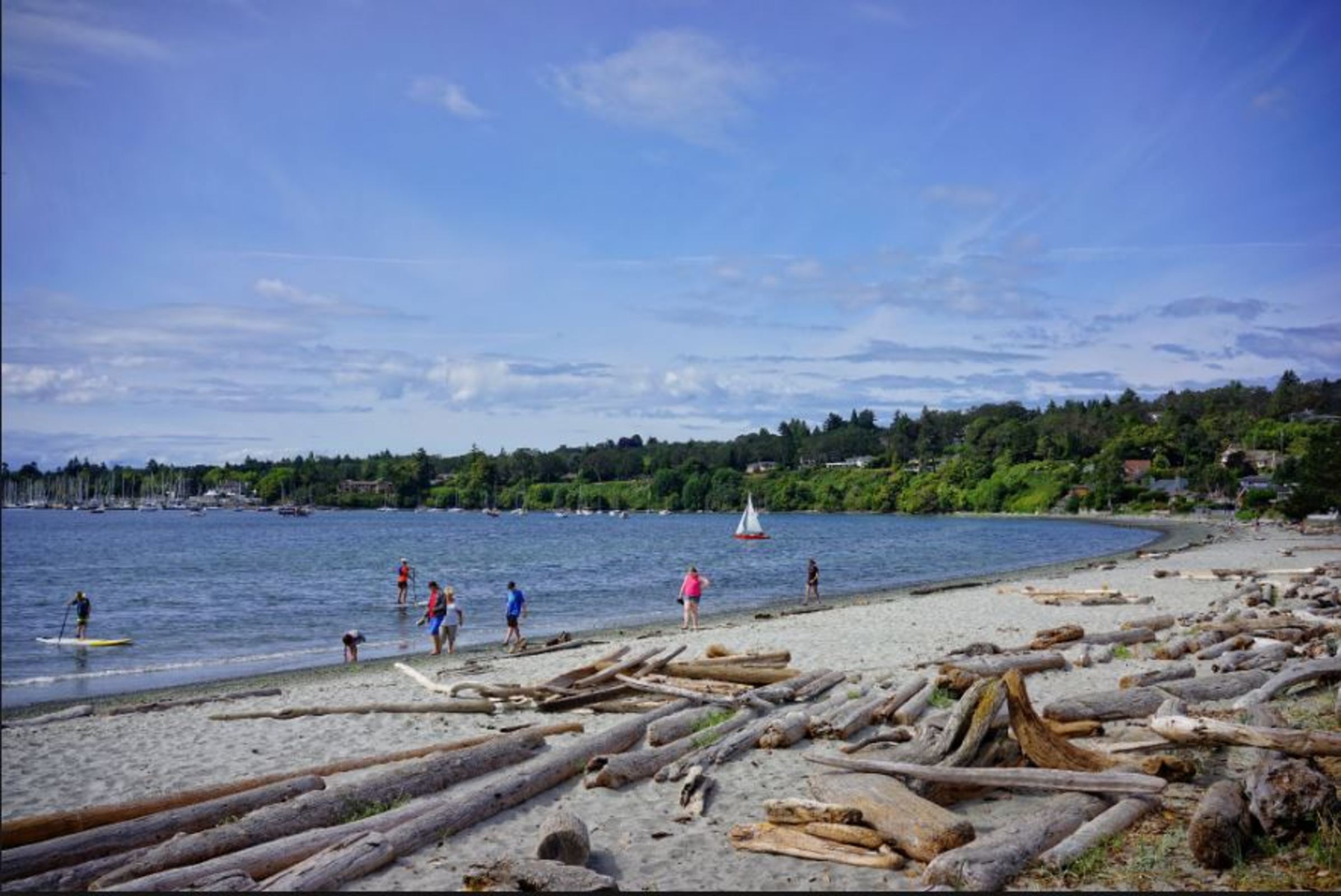 Get married on the pier with the ocean as your backdrop, and then stay the night at the Sidney Pier Hotel! Enjoy panoramic views and easy access to the airport and ferry terminals, if you or your guests are arriving by plane or boat. 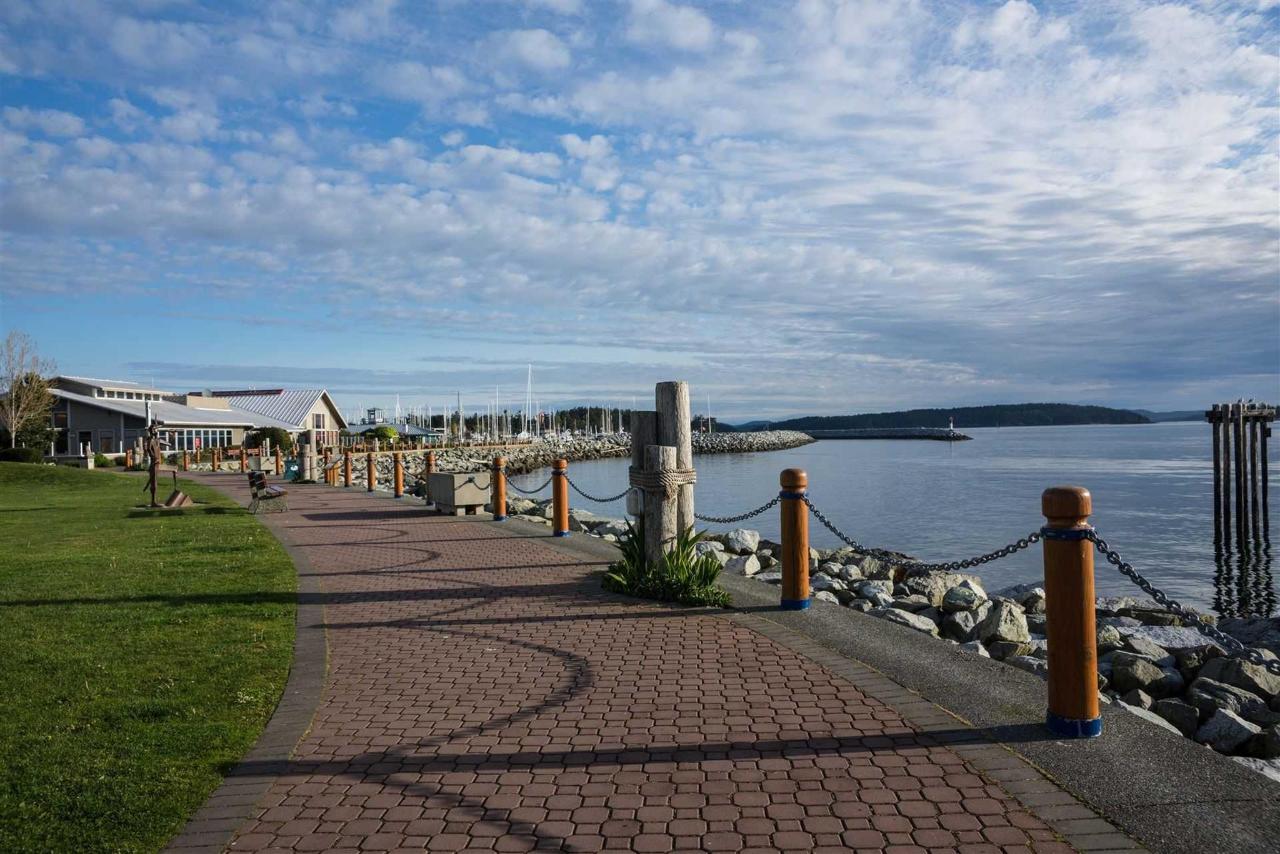 While traditionally a venue for larger Victoria weddings, there’s no reason why you can’t have your elopement at the beautiful Sea Cider Farm. Give them a call to discuss the details and enjoy sipping on delicious fresh cider moments after you say your I do’s! 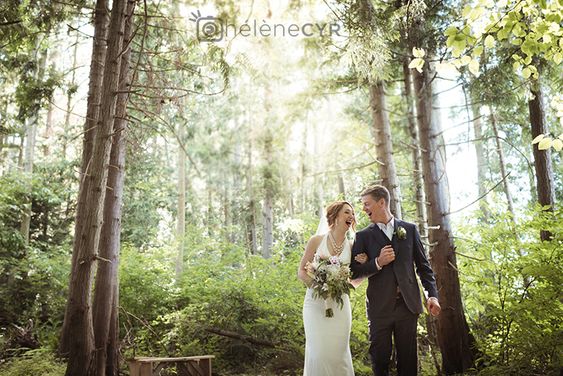 “Built as a wedding present for a young bride, the Villa Marco Polo continues to be a destination for wedding ceremonies and romantic getaways. In 1923, the mansion at 1524 Shasta Place was presented to Helen Nation, beloved daughter of Major Fred Nation, as a wedding present for her and her betrothed, Robert Brackman Kerr. In 2003, this magnificent property became the Villa Marco Polo Inn, a property that evokes the memories and images of the countries along the Silk Road, from Venice through the Middle East to China.” – Villa Marco Polo 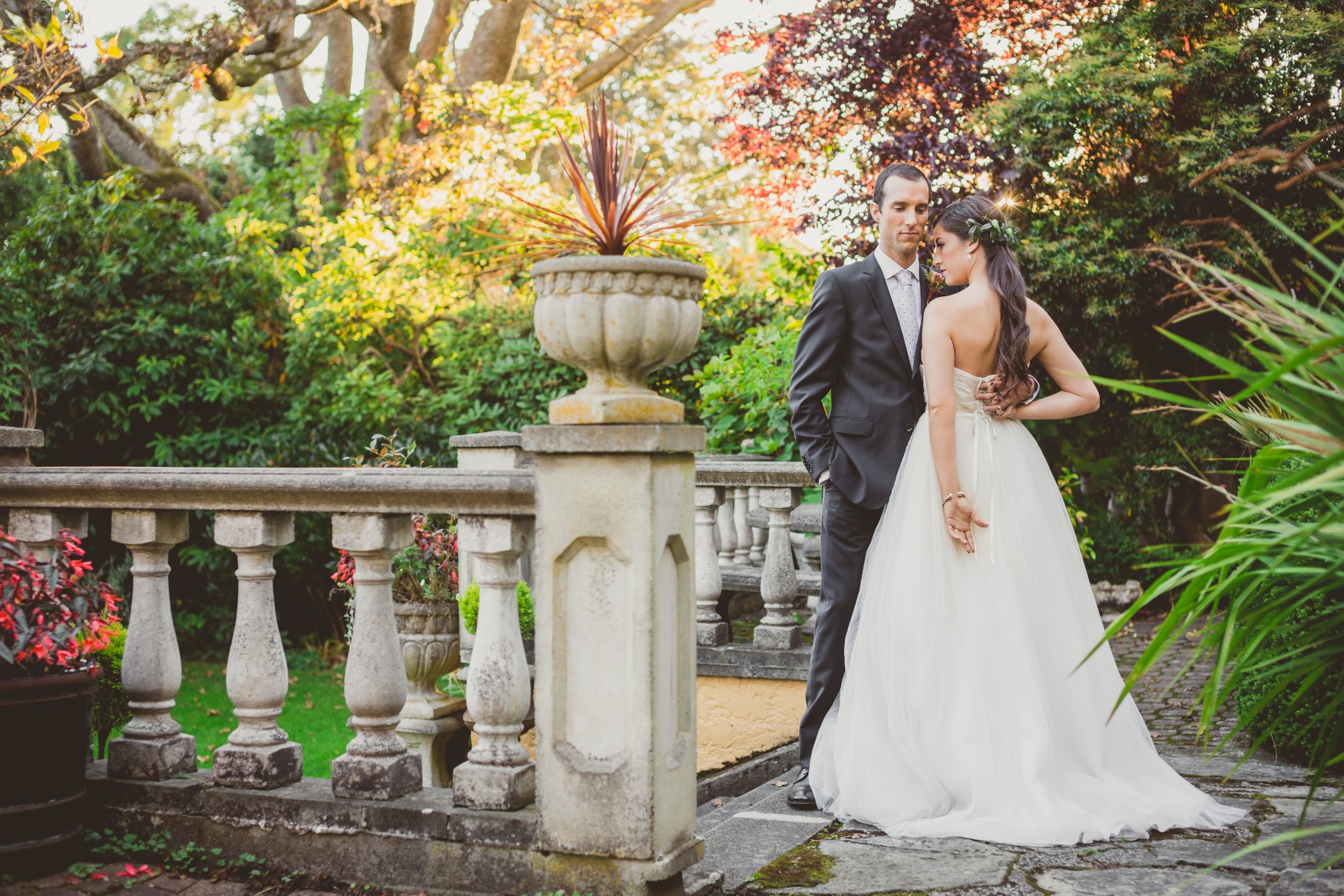 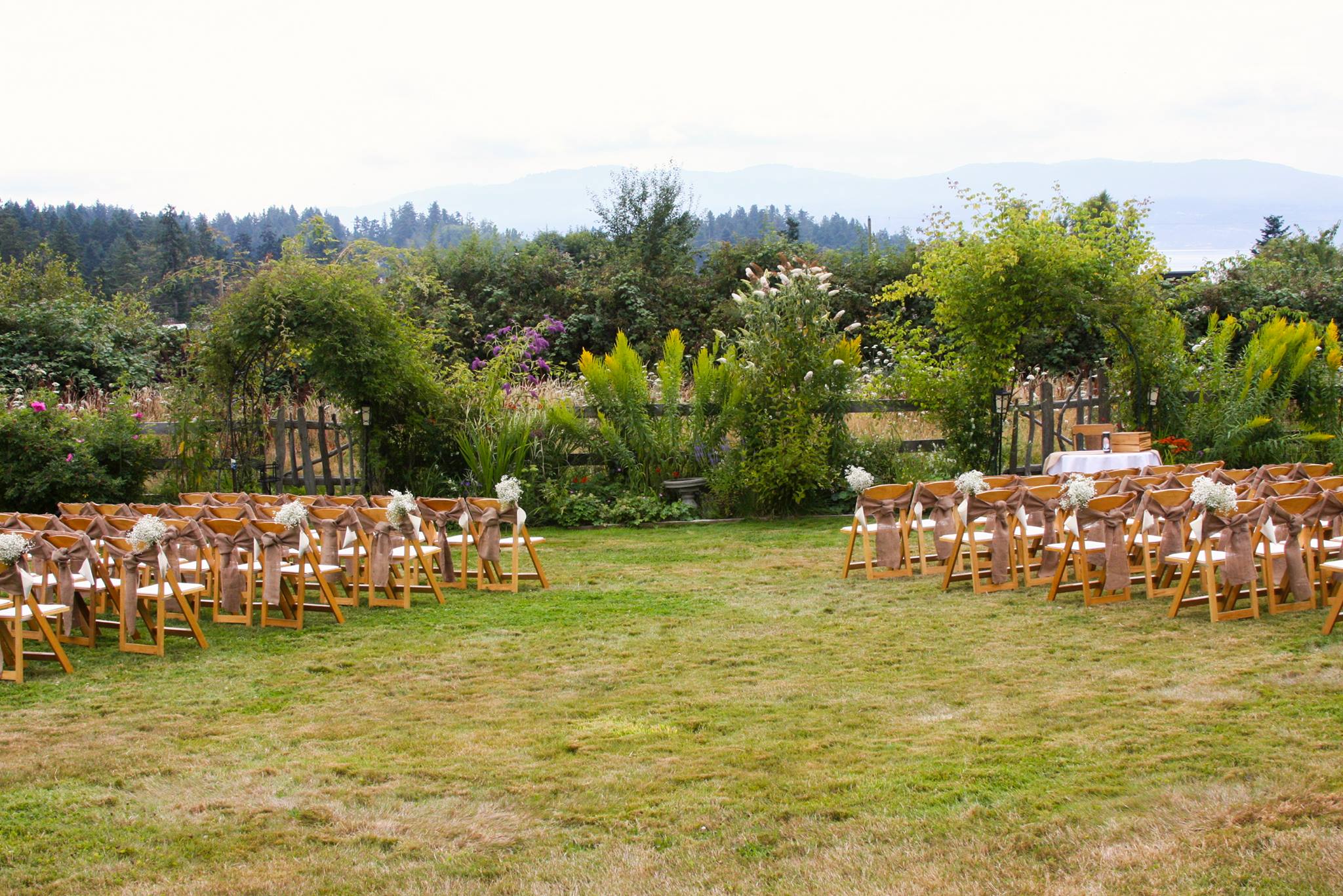 “Garden weddings at Fairholme are very popular as we are also next door neighbours to Government House & Gardens. Our romantic and private Inn & Gardens provide an ideal setting for a very memorable occasion. Smaller size weddings up to 20 people are welcome at Fairholme.” – Fairholme Manor 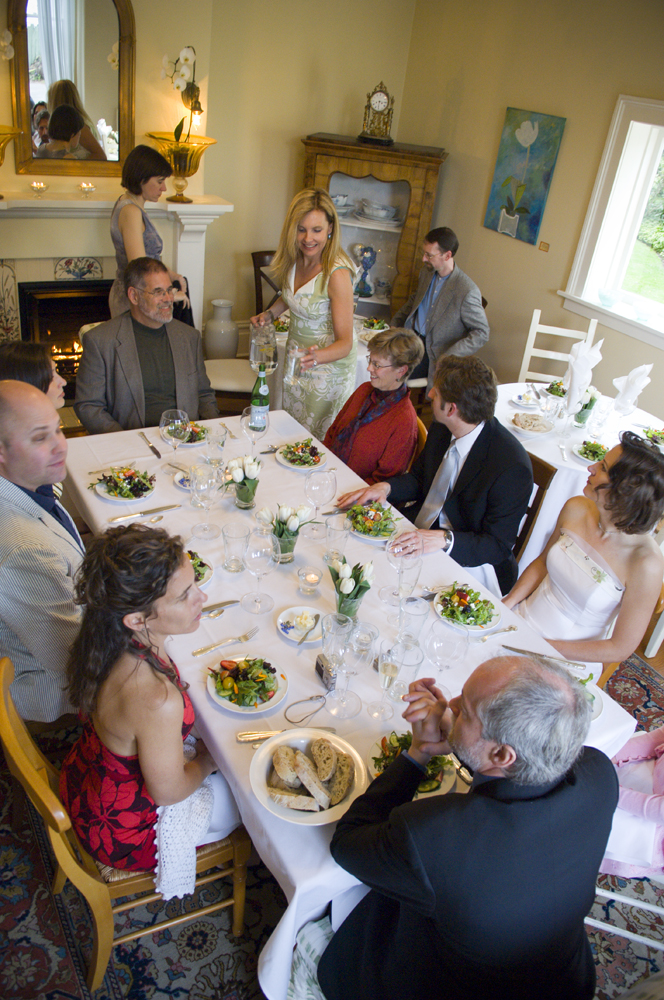 “This charming old world farm location is filled with gracious ambiance. The ample flower beds are stunning within each season and the authenticity of the different areas is remarkable. The Starling Lane Vineyard site is a fabulous and most picturesque ceremony setting. You may choose from several ceremony settings at key locations on the site.” – Starling Lane 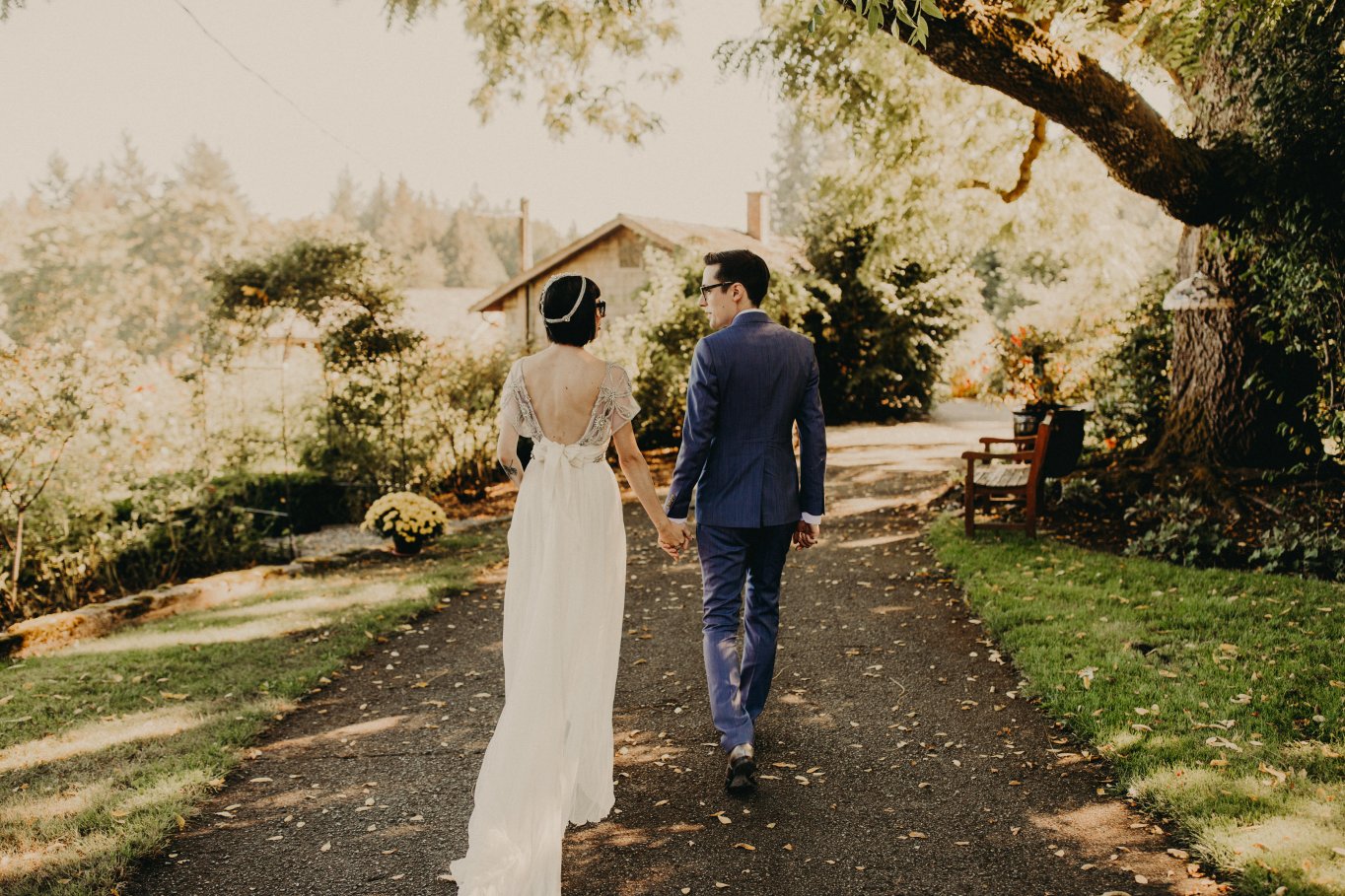 “Mount Douglas Park provides inspiration and enjoyment to thousands of visitors each year. Enjoy the serenity of the ocean from the summit or the beach with a view of Mount Baker. Search out familiar landmarks from the outstanding 360 degree panoramic view from the summit.” – District of Saanich 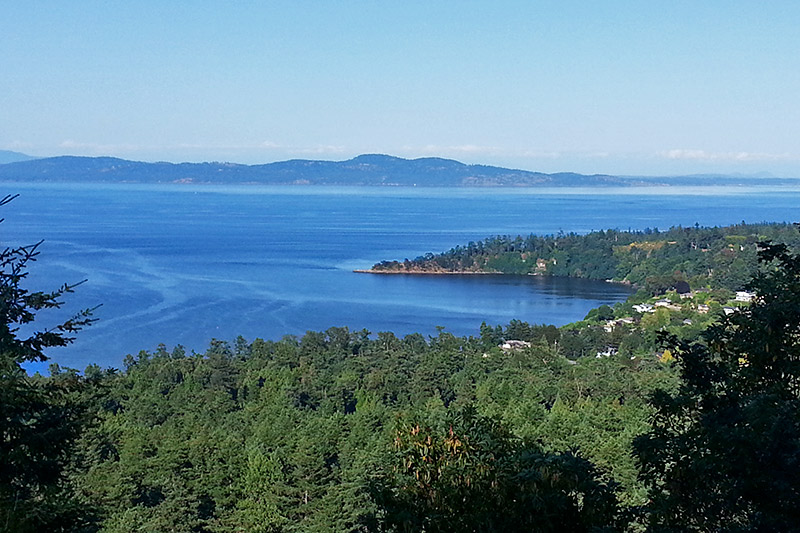 “Nestled on the bluff overlooking the idyllic Cordova Bay, the Beach House offers stunning views and an eclectic mix of local and west coast inspired food.” – The Beach House 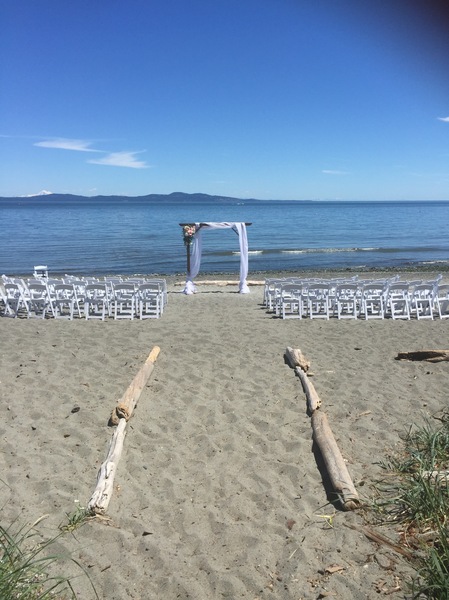 via the Beach House Restaurant

“With a former limestone quarry for her backyard, Jennie Butchart envisioned landscaping a sunken garden in its place, transforming the property for her family—and visitors—for generations to come. Today, The Butchart Gardens is a National Historic Site of Canada. You’ll find remnants of the original cement plant and millions of bedding plants in over 900 varieties awaiting you as you wander The Gardens.” – Butchart Gardens 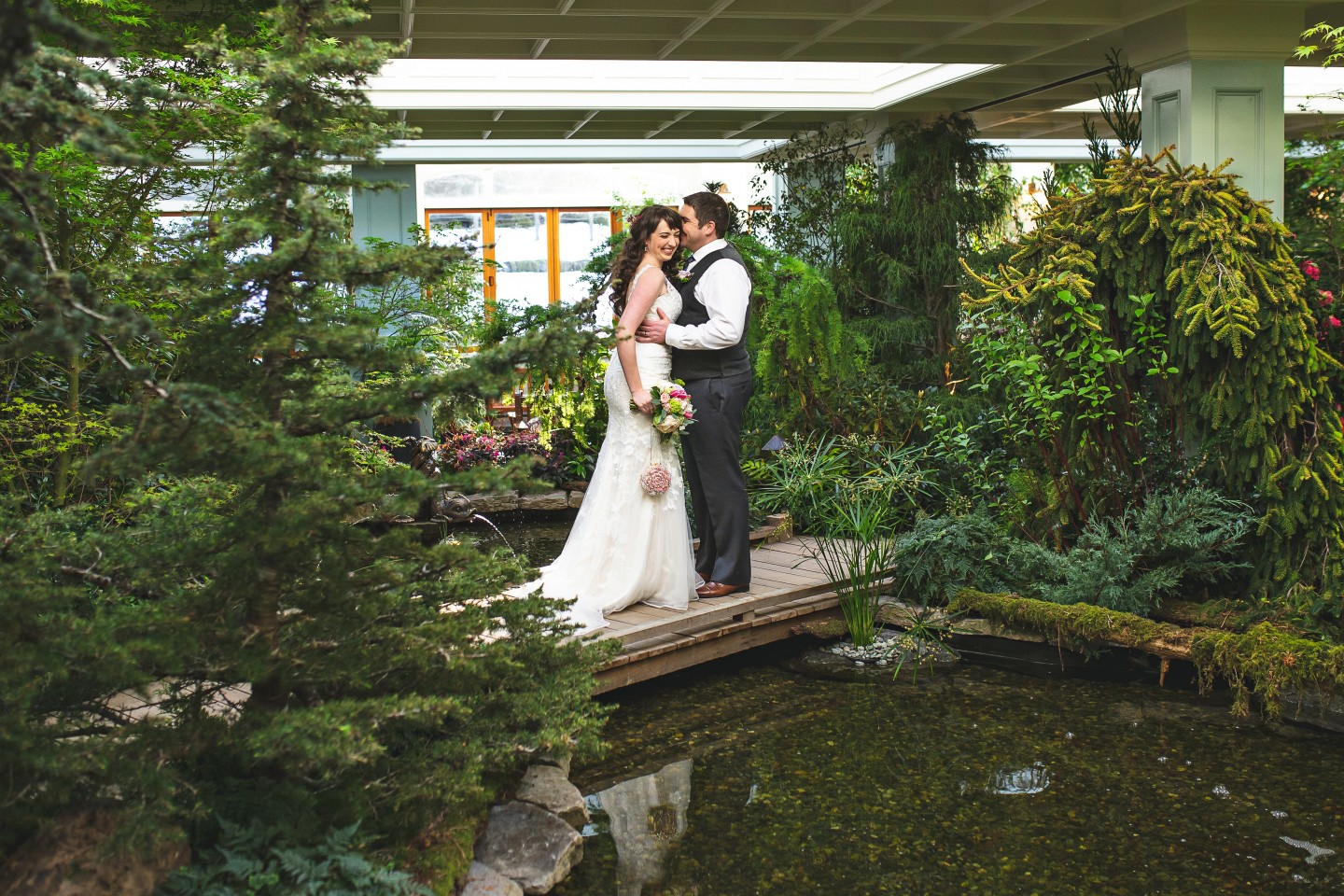 “This 7.6 hectare park is popular with birdwatchers, hikers and dog walkers. A remarkable array of plants has adapted, including roses, lupins, gumweed, wild onions and biscuit roots. At the eastern limit of the park boundary, a small grove of trembling aspens grows. A number of trails and access points lead to views of the Strait of Juan de Fuca, as well as former military ramparts. Bunkers, lookouts and defensive berms give the park an historic look.” – Township of Esquimalt 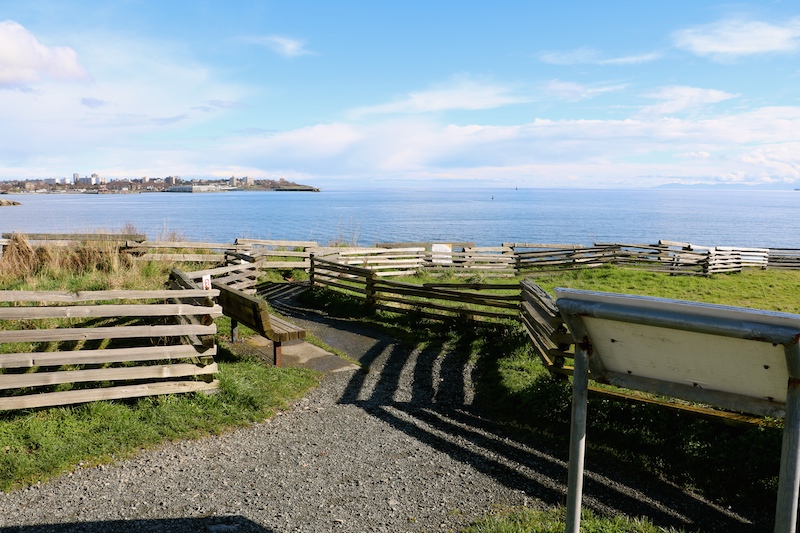 via Visitor in Victoria

Here are our favourite spots in…

Where will you be eloping in Victoria?
Share your favourite Victoria BC elopement locations with us!

Where to Elope in Victoria with Tulle & Tweed Photography

Why You Should Elope Now & Party Later