We’ve all heard the running joke, “Why would I need to have a wedding rehearsal? I know how to walk!” But a wedding rehearsal is so much more than just practicing your walk (and, let’s be honest, some in your wedding party could actually use the practice!).

What is a wedding rehearsal?

Who gets invited to a wedding rehearsal?

The couple getting married (duh), the wedding party and anyone who will have a role in the ceremony should be invited to the wedding rehearsal. This could include parents or grandparents who might be walking down the aisle during the processional or people who will be giving a reading. Basically, anyone who needs to move at a specified time during your ceremony should attend.

If you have a wedding planner or wedding coordinator, they should also attend your rehearsal. They can help point out any potential issues and liaise with other vendors, such as your DJ, to keep them informed of what will happen during the ceremony.

Lastly (and in our biased opinion, pretty importantly), you want to invite your officiant. Your officiant will take the lead and be in charge of the wedding rehearsal. They will have a lot of experience and know how to expertly guide you and your wedding party through a dry-run of your big day. 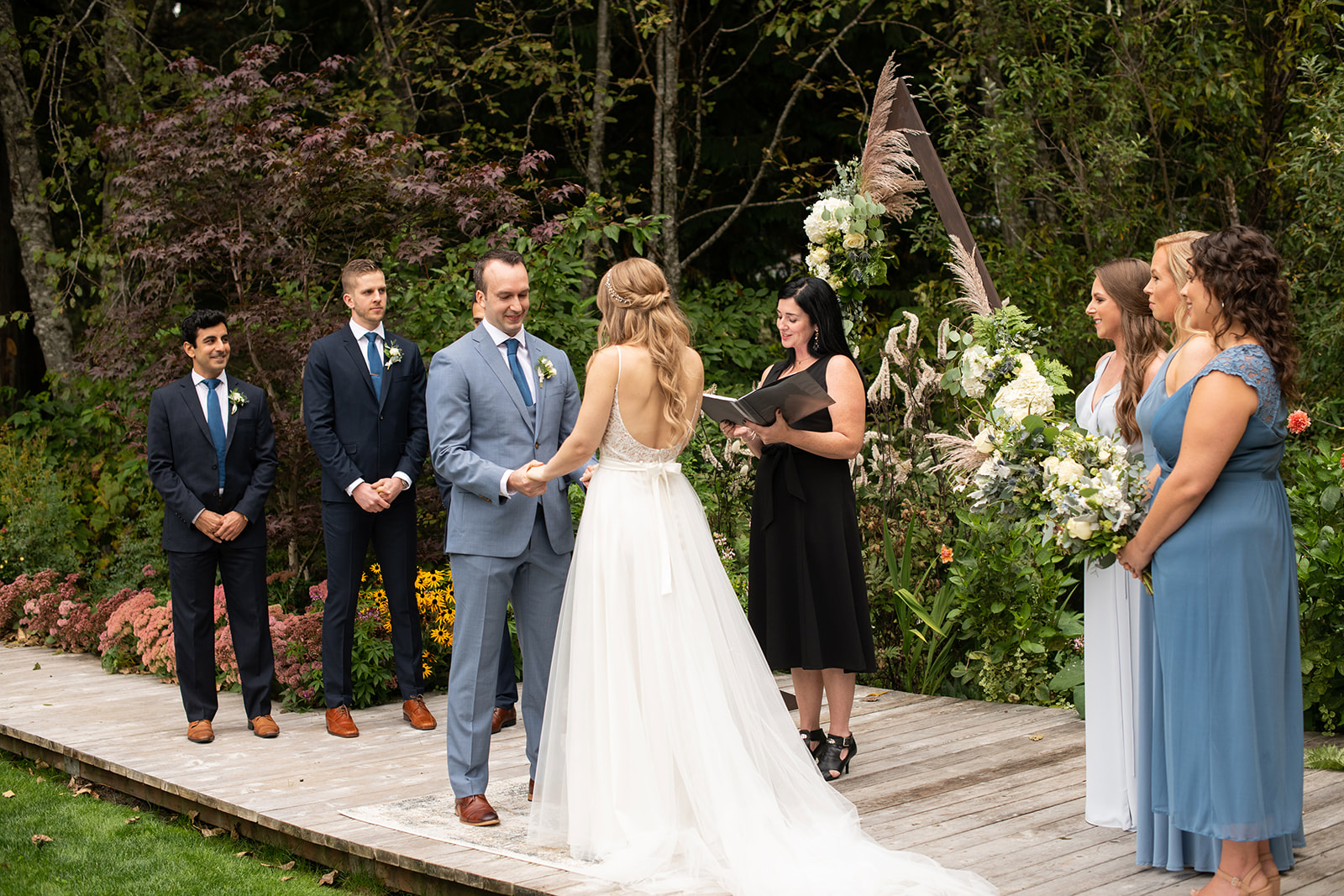 What about the rehearsal dinner?

A lot of the talk these days is around the rehearsal dinner, totally forgetting about the actual wedding rehearsal. But the wedding rehearsal is the important part. The dinner is totally optional! If you want to make it an event, a rehearsal dinner is a great way to enjoy the company of your wedding party right before the big day when everyone is excited. It’s also a nice chance to connect with in-laws and even hear some toasts you won’t have time for on the wedding day.

But if you’d rather just host a pizza party back at your place after the rehearsal, that’s fine too!

Do we really need to have a wedding rehearsal?

It may seem like added stress and just one more thing you have to organize for your wedding, but the rehearsal will actual help to ease the stress and set you up for an awesome ceremony.

Unless you’re getting married just the two of you and the officiant, with no wedding party, no readers and no aisle, then we say a wedding rehearsal is pretty important.

Don’t believe us? Check out our 8 reasons why you should have a wedding rehearsal, plus some bonus tips for how to have the best rehearsal! 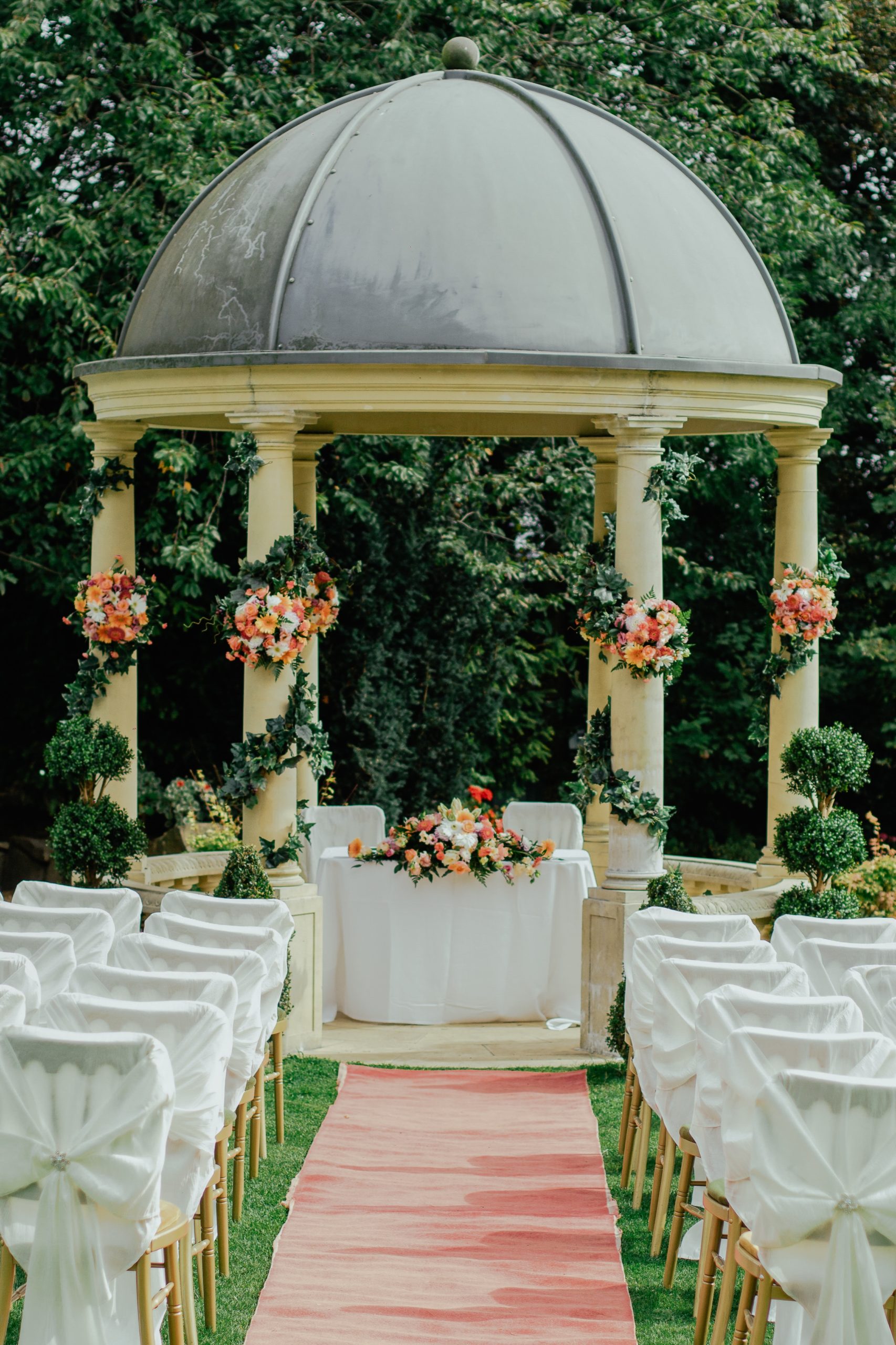 Reason #1: To put the focus where it should be

The whole point of your wedding is to celebrate your marriage.

It can be really easy to get lost in all the details of outfit fittings, cake tastings and venue visits. But at the end of the day, the whole reason for the party is the ceremony when you become a married couple. If any part of the day deserves some more attention, it’s the ceremony.

During your wedding rehearsal, your officiant will be able to convey that message to your group and re-centre everyone on the meaning of the day.

Reason #2: To work out any pre-wedding jitters

We’re not saying a wedding rehearsal will make your stomach completely butterfly-free on the wedding day but it can help to keep those cold feet away. A lot of nervous energy comes from the unknown. But if you do a walk-through of your wedding ceremony and know exactly what to expect, you won’t have those worries.

A wedding rehearsal is also the perfect place to ask questions and put your mind at ease. Your officiant is there to answer your questions and ensure you feel calm and confident walking into your ceremony. If you’re nervous about walking in your new shoes, nailing the first kiss or where to keep your vows, those are all things you can practice or fix during your rehearsal. 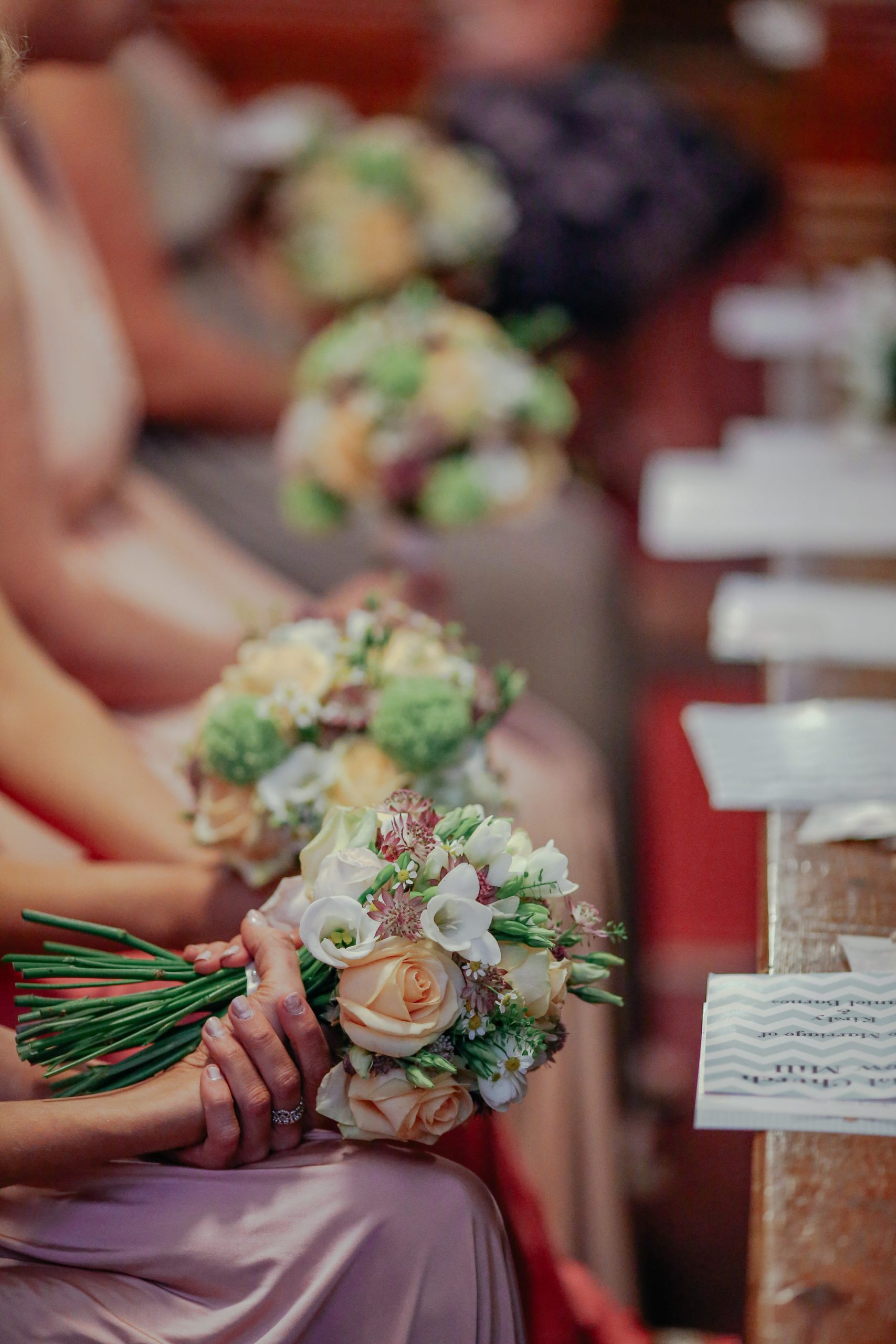 Reason #3: So you know where to go, sit and stand

You may think you know how to walk down an aisle but a wedding rehearsal is about way more than that. Here are a few things you’ll need to think about as the couple of the hour:

Reason #4: So your wedding party knows where to go, sit and stand

It’s not just about you two; it’s also about your wedding party. While many members of the wedding party may roll their eyes at the thought of practicing walking in a straight line, you’ll learn there’s quite a bit for them to practice.

Reason #5: So your guests of honour know where to go, sit and stand

Lastly, you’ll want to think about the other people involved in your wedding ceremony, but who aren’t necessarily a part of the wedding party. These guests of honour may be your parents, grandparents, siblings or people with a special job at the ceremony, like readers or singers. The wedding rehearsal gives them a chance to learn more about their roles too. 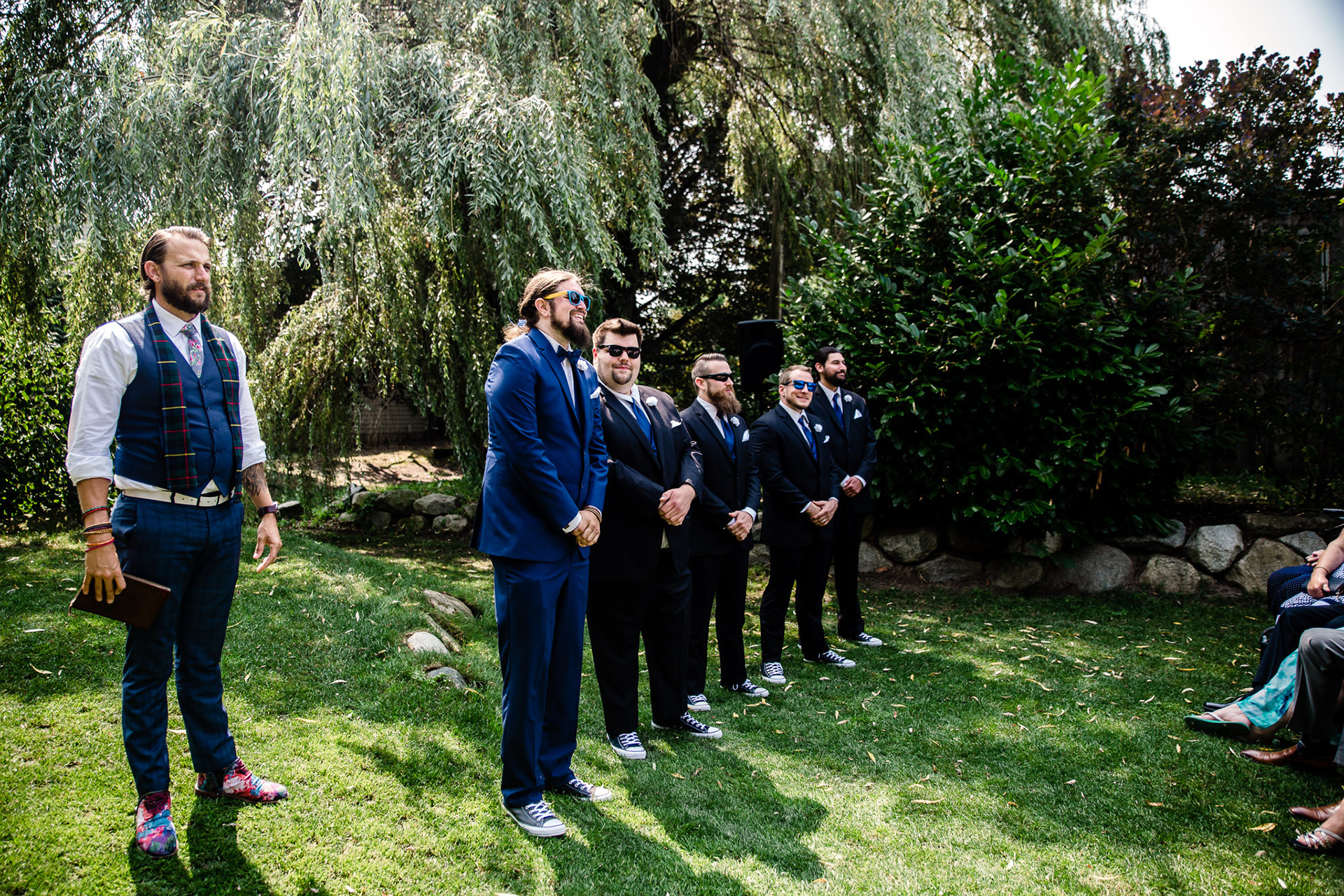 Reason #6: So your little ones get some practice

We can’t forget the little ones! If you have kids in your wedding party, it’s extremely important that you have a wedding rehearsal. Most kids are not experienced in performing in front of big crowds and can really benefit from having clear instructions and a chance to practice their job.

We’re not saying a wedding rehearsal will ensure you don’t end up with a crying toddler who refuses to walk down the aisle, but it will definitely help!

Reason #7: To figure out how the rings make it to you

It’s not just about how the people will get where they need to be on the big day, it’s also about the important things, like the rings! Who is carrying your rings? If you don’t have a ring bearer, is a member of the wedding party responsible for them? When do they get handed to you?

The same goes for any other important item you need for your ceremony – your vows, a unity candle, the special pen you want to use to sign your licence – you need to know where it’s being kept, how it’s getting to you, and how it will make it home safely. And these are all things you can figure out at your wedding rehearsal!

Tip: If you do have a small child as your ring bearer, don’t give them the rings until right before they walk down the aisle. Nothings says disaster better than a five year old holding onto two small objects for more than a few minutes.

Another tip: Not sure where to put your vows? Ask your officiant! Your officiant will be more than happy to bring your vows to your ceremony for you and hand them to you at the front. 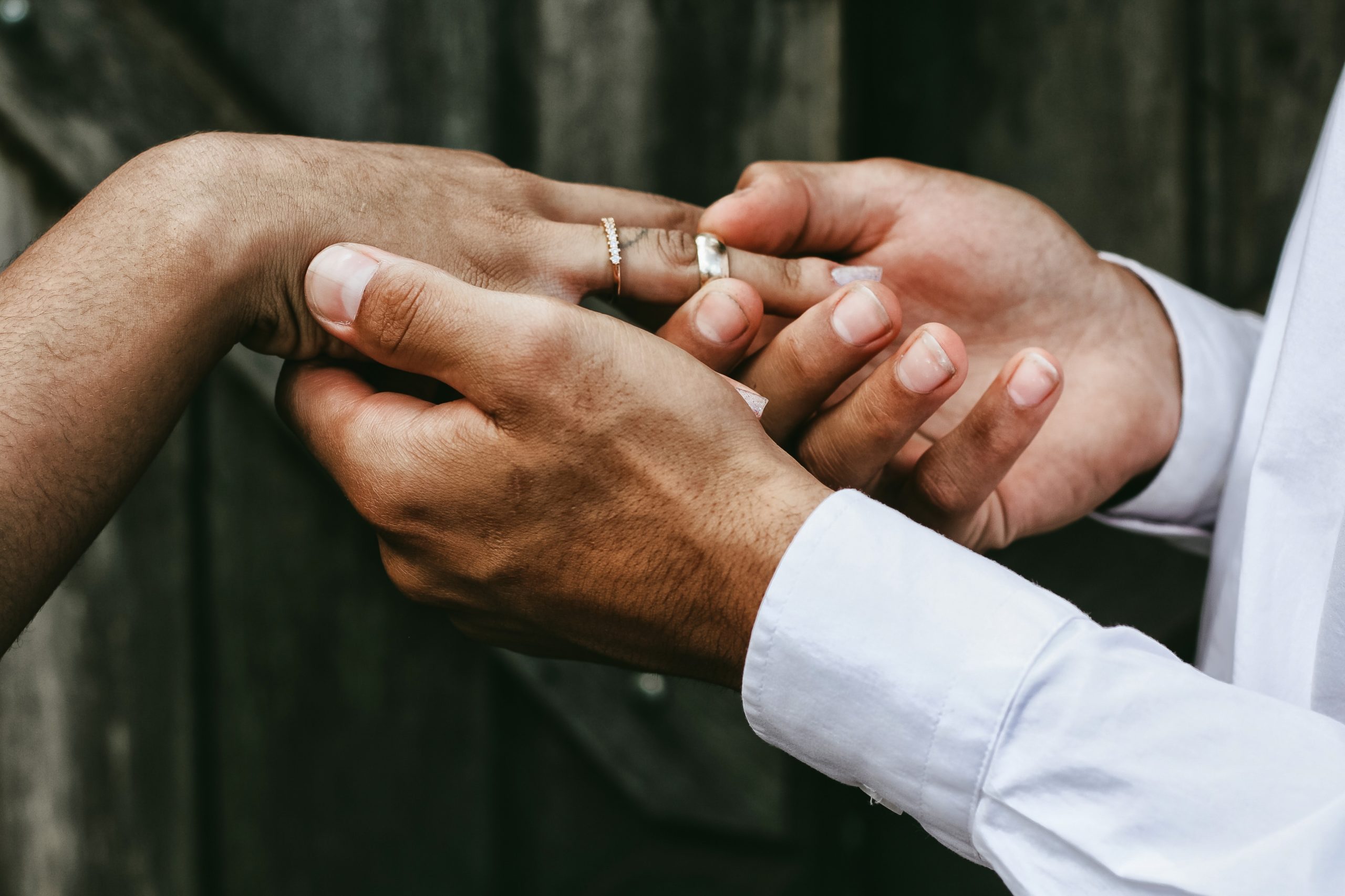 Reason #8: Don’t worry, a wedding rehearsal won’t ruin the magic of the ceremony!

One concern we’ve heard from couples is that they don’t want to do have a wedding rehearsal because they’re scared it will ruin the magic of the actual ceremony. And we can promise you, it won’t!

Your wedding rehearsal is a run-through of the main points of your ceremony. It’s not a full version of your ceremony. So you won’t actually say your vows or hear the officiant saying the words they will say on your big day. And trust us, even if you did want to practice your vows, nothing will compare to the magical moment of you saying them for real during your ceremony.

Bonus: 4 tips for your wedding rehearsal

Now that you know why you need to have a wedding rehearsal, make sure you have your officiant there to facilitate the rehearsal and lead your big day. Book your wedding officiant now!

How to Create a Fun Wedding Officiant Script

What Is a Wedding Processional?

Why You Need to See Your Ceremony Script Before the Wedding

30 Fun Ideas for Your Wedding Ceremony