The Art of Binge Watching a TV Show as a Couple

The Art of Binge Watching a TV Show as a Couple

Yes, there is an art to successfully binge watching a TV show together as a couple. And you want to make sure you’re doing it right because nothing stings more than realizing your partner watched the next episode of Black Mirror without you. Ouch.

Here are some tips to keep all of your Netflix marathons extra chill:

The first step to successful binge watching is picking the perfect show. It needs to be a genre you both like and a show you’re both interested in. Ideally, it has something in it for both of you. Maybe witty dialogue that you love and your partner’s favourite actor. It’s also nice to find a show that’s new to both of you so no one accidentally spoils anything. Ensure the show has enough episodes and/or seasons for the length of time you’re hoping to watch. And make sure the show is available on your favourite streaming service.

Decide on a schedule

Set a schedule for when and where you’re going to watch the show. Maybe you watch an episode every day right before bed on the laptop. Maybe Thursday nights are your time. Or maybe you curl up on the couch one Sunday a month and do nothing but watch your show all day long. Of course, the schedule isn’t set in stone but it’s nice to have some structure and to know when you can look forward to watching your show again.

This step is key. You and your partner must promise that you absolutely won’t under any circumstances watch the show without one another. The whole point of having “your show” is that it’s something special you get to enjoy together. Don’t ruin that by sneaking in an episode or two when your partner works late. Resist the temptation! 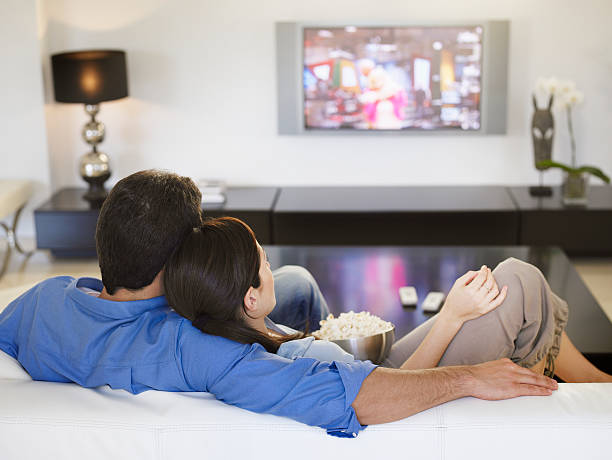 Don’t go ruining your special show by reading up on spoilers. Stay off the internet and don’t watch any leaked videos. Of course, it’s especially hard to avoid spoilers when you’re watching a show that isn’t currently airing. But try not to ruin it. And if you do accidentally spoil the show for yourself, at least don’t spoil it for your partner.

You want to give yourself and your partner an out. You think you’ve found the perfect show that scored almost 100% on Rotten Tomatoes, but what happens if you end up hating it? Or you’ve designated Sundays as your binge watching day and then your partner’s work schedule changes and they suddenly have to work Sundays. If someone isn’t feeling the show or the schedule isn’t working, take a break and regroup. It might actually take trying out a few shows and a few different watching times until you find the one that works for you. No one wants to sit through hours and hours of a show that they can’t stand.

Have an exit strategy

Nothing is worse than finishing an awesome series and realizing there’s nothing left to watch. That empty feeling when you reach the season finale is brutal. So make sure that you and your partner have an exit strategy. Maybe there’s a similar series that you can start watching and enjoy just as much. Maybe the TV show was based off of a book and now you have something to read. Maybe you live close to where the show was filmed and you can visit the set locations. Or maybe you can throw a party using the TV show as a theme and finally talk about how awesome the show was with all your friends now that you’re caught up.

Have fun with your binge watch (and with these “rules” for binge watching). Introduce some special snacks that you only get to eat when you’re watching your show. Send each other funny memes from the show or behind the scenes stories of filming. Make a game out of who can guess how many times the main character will say their catchphrase per episode. Name your pet after your favourite character. Surprise each other with show-themed gifts. The possibilities for adding more fun into binge watching a show with your partner are endless.

What show are you planning to binge watch next?

How to Implement Effective Communication in Your Relationship

Leave a reply Click here to cancel the reply