Rethinking the First Fight Box Wedding Ceremony Tradition
Have you heard of the first fight box? The idea is that at your wedding ceremony you put a love letter to each other and a bottle of wine in a box and nail it shut to be opened when you have first fight.
The opening and reading of the letters are to be a reminder of your love for each other.  Plus, putting the box together creates a nice moment during your wedding ceremony.

When I first heard about the first fight box, I thought it was a really sweet idea.  But once I thought about it some more, I realized if my husband and I had had a first fight box at my own wedding, we would have cracked that sucker open 3 days after our wedding!

You see, we got married 6 days before Christmas and decided to put off our Seattle honeymoon until the new year. Instead, we stayed at a bed and breakfast for a mini-moon right after our wedding. I made sure to book a romantic place with a hot tub.

However, my amazing husband did not pay attention to the owner when he explained how to work the hot tub lid. So after using the hot tub, my husband went to replace the lid and ended up breaking a one of kind art sculpture in the process. Yikes!

I was so angry and mortified. I hid in the closet and let him deal with the owners, who were calling off the balcony to see if everything was all right. I was fuming; how could he have done that? Now we had to pay for this art piece with money we didn’t have!

Lucky for us, the fight didn’t last long. And now we can look back and laugh about it. But wow, was I mad at the time! Maybe a first fight box would have come in handy!

As I think more about the first fight box, I think we need to put a positive spin on it. Instead of just having a box to mark a negative experience, why not create an anniversary box?

Write a love letter to each other leading up to your wedding and place it in a box. Add a bottle of wine and nail the box closed. Then on your first anniversary you can open the box, read the letters and enjoy your wine. It’s like a built in little date!

But don’t let it end there. Each year, add a new letter to the box and a new bottle of wine. That way, you have a special way to celebrate each anniversary. Plus, you can look back at all of your years of love letters. I would have loved to have 10 love letters chronicling our love last December on our 10th anniversary.

So rather than just focusing on something negative with a first fight box, expand the idea and turn it into an anniversary box you use every year. Fights are bound to happen when two people are doing life together as a team. Put the focus on the positive: Your yearly anniversary!

Would you incorporate a first fight box or anniversary box into your wedding ceremony? Let us know! And get in touch to book a wedding officiant for your ceremony. 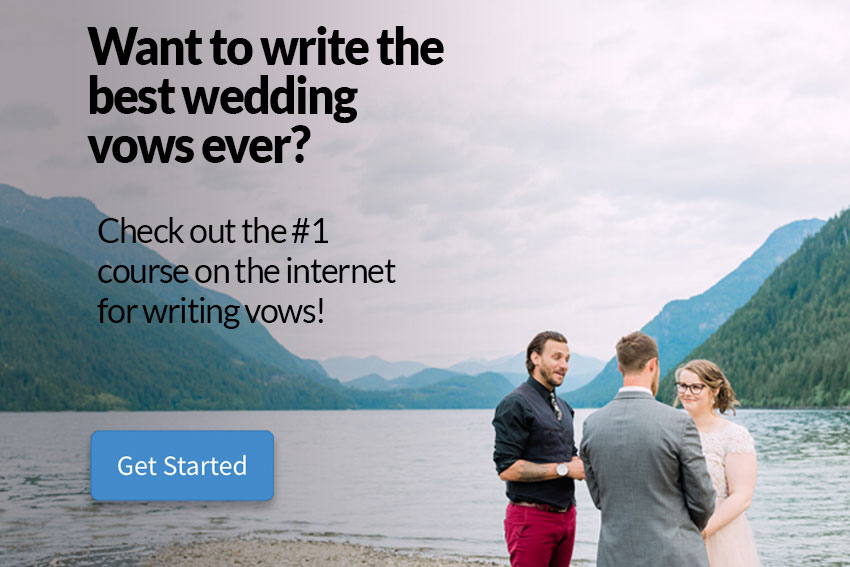 Love Lasts a Lifetime | How to Keep Your Romance Strong

Do You Need Wedding Ceremony Programs?

22 Wedding Vows for Any Wedding Ceremony

How to Organize a Stress-Free Cross-Cultural Wedding